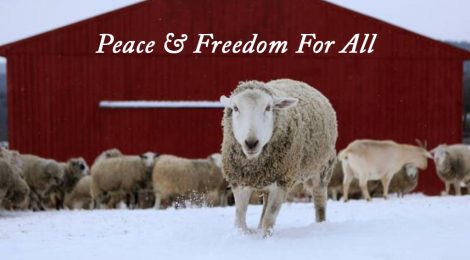 There is no doubt that 2020 was a challenging year for farmed animals. Here’s our round-up of the year’s events and how they affected animals.

2020 opened with a continuation of the barn fire epidemic in Quebec with a fire in Saint-Bernard-de-Beauce killing 28,000 chickens. (By year’s end, over 68,000 animals had their lives taken in barn fires in the province of Quebec.)

In February, we shared the news of the hidden slaughter of wild pigs just outside Moose Mountain Provincial Park in Saskatchewan (sign our petition here).

In March, together with Droit animalier Québec, we continued our efforts on the barn fire front by launching a public service announcement with the late Quebecois actor Jacques Godin, along with a petition to the National Assembly of Quebec calling for greater building standards to prevent barn fires.

Then, in mid-March, COVID-19 hit, bringing our tagline “Rethinking the Way We Live” into sharp focus. Since CETFA’s inception in 1990, we’ve worked to help Canadians understand the cruelty inherent in the intensification of animal agriculture, specifically the crowding of immunologically-compromised animals into filthy, dark sheds – conditions that sentence animals to lives of misery and are ideal for disease transmission and virus mutation. While it seems most likely that the current coronavirus event originated in a wild animal wet market in China, many of the most dangerous zoonotic diseases originate from our exploitation of domesticated animals. In fact, genetic analysis suggests that the 1918 flu pandemic (which killed one-third of the world’s population) partially evolved inside poultry farms, while the 2009 H1N1 virus (which killed up to 575,400 people in its first year) originated in pigs and contained viruses from North American and Eurasian pigs, birds and humans. The squalid conditions we condemn domesticated animals to live in results in the animals functioning as incubators for new infectious diseases. The pandemic brought these conditions, as well as those in slaughterhouses, into the spotlight and forced us all to recognize what animal agriculture has become.

June saw the introduction of Ag-Gag legislation in Ontario, and just one day after it passed, the tragic death of lifelong animal advocate, Regan Russell, who was struck by a trailer while bearing witness outside Fearman’s Pork slaughterhouse in Burlington. Ag-Gag legislation, which criminalizes the exposure of animal agriculture practices, continued its march across Canada with Manitoba introducing legislation in September. Because no government inspections take place on farms in Canada, and animal welfare regulations are complaint-driven, without third party oversight in the form of independent and unbiased animal welfare inspectors, animal abusers will be allowed to keep their mistreatment hidden. We will continue to fight this new legislation however we can.

Late September brought the disheartening news that the National Farm Animal Care Council (NFACC) had decided to disregard its own Codes of Practice and allow pig producers to continue confining sows to gestation crates for five extra years, until 2029. As the Codes are strictly voluntary, many pig producers openly stated that they planned to continue using the crates indefinitely, laying bear the need for government bans of the cruel crates, which we continue to work towards.

Throughout 2020 we continued our mandate to share the plight of farmed animals with Canadians to help them understand that it doesn’t have to be this way. If you’d like to make 2021 better for farmed animals, start here with our Food Choices blog which helps break down welfare labels and will help you move towards a more compassionate diet and lifestyle.

We hope you’ll stay with us as we continue working towards peace and freedom for all animals.