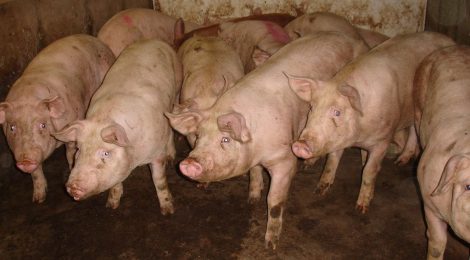 Rethinking the Way We Live

CETFA’s tag line has been “Rethinking the Way We Live” since its inception in 1990. In that time, we’ve worked to help Canadians understand the cruelty inherent in the intensification of animal agriculture, specifically the crowding of immunologically-compromised animals into filthy, dark sheds – conditions that sentence animals to lives of misery and are ideal for disease transmission and virus mutation.

While it seems most likely that the current coronavirus event, COVID 19, originated in a wet market in China where animals from 75 different species ranging from civet cats to bats were available for slaughter on demand, many of the most dangerous zoonotic diseases come from our exploitation of domesticated animals, not wild ones. (Incidentally, wet markets are not restricted to Asia. These slaughter on demand markets exist in North America as well, primarily with chickens, turkeys, ducks and geese.)

Genetic analysis suggests that the 1918 flu pandemic, which killed over 500 million people (one-third of the world’s population), partially evolved inside poultry farms. The 2009 H1N1 virus, which killed up to 575,400 people in its first year, originated in pigs and contained viruses from North American pigs, Eurasian pigs, birds and humans. Cattle too are a concern to scientists since influenza genes were detected in them for the first time in 2002. The squalid conditions we condemn domesticated animals to live in results in the animals functioning as incubators for new infectious diseases.

The steps required to minimize future outbreaks aren’t impossible ones to take. More and more municipalities are beginning to wake up to the cruelty and danger posed by factory farming and capping the number of intensive livestock operations (ILOs) allowed in their region. There will always be push-back from industry, but if  there was ever a time to “rethink the way we live”, it certainly is now.