Browse: Home   /   Say No to Ag Gag Legislation in Manitoba 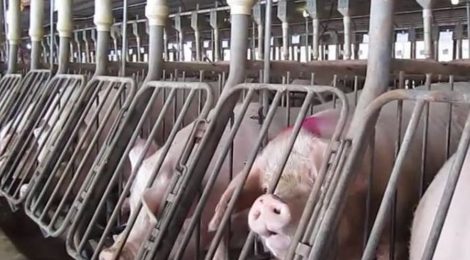 Say No to Ag Gag Legislation in Manitoba

cetfa / September 15, 2020 / Comments Off on Say No to Ag Gag Legislation in Manitoba / Action alerts, General

Following the lead of Alberta and Ontario, Manitoba has proposed its own draft Ag Gag legislation which seeks to amend the Animal Diseases Act to “designate any livestock facility or vehicle that contains livestock as ‘biosecurity areas’ (which it paradoxically refers to as ‘animal protection areas’) that can only be entered with the consent of the owner/operator and to prohibit interfering with animals in transport.”

Like in all provinces, Manitoba’s animal welfare system is complaint driven. A complaint must be lodged providing details of the animal neglect or abuse before an inspection can be conducted. Given the vested financial interests of those in animal agriculture, complaints rarely originate from within. Without third party oversight in the form of independent and unbiased animal welfare inspectors, animal abuse is allowed to continue. What this bill – and all Ag Gag legislation – seeks to do is allow animal abusers to keep their mistreatment hidden.

The government is currently seeking responses to an online questionnaire on the amendments. The wording of the questionnaire makes its intentions clear: to protect the interests of the animal agriculture industry over the welfare of animals.

To complete the online questionnaire and let the government know that you do not support the amendments to the Animal Diseases Act, go to https://engagemb.ca/rural-crime-bio-security-metal-theft-legislation/survey_tools/rural-crime-bio-security-metal-theft-legislation. The questionnaire is open to all Canadians but you must register before being able to access it. The section relating to animals is Section C. Feel free to answer the other sections as you like or simply check the option ‘neither favour nor oppose”. Comments are accepted until October 31, 2020.

Tags: Ag Gag, Manitoba
← Bludgeoning and Leaving Sick Animals to Suffer and Die: Results of a Canadian Dairy Industry Survey
Pig Producers Allowed to Continue Confining Sows until 2029…and Plan to Ignore That Date Too →