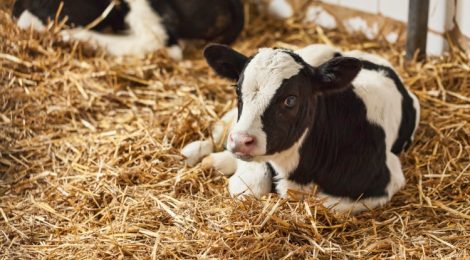 Bludgeoning and Leaving Sick Animals to Suffer and Die: Results of a Canadian Dairy Industry Survey

cetfa / August 20, 2020 / Comments Off on Bludgeoning and Leaving Sick Animals to Suffer and Die: Results of a Canadian Dairy Industry Survey / General

An article titled ‘The elephant in the room’ which appeared in the August 2020 issue of Ontario Dairy Farmer provides a disturbing glimpse into Canadian dairy industry practices.

As part of an internet survey (which itself was part the Canadian National Dairy Study funded by Dairy Farmers of Canada and Agriculture and Agri-Food Canada), Canadian dairy producers were asked about mortality and euthanasia practices on their farms.

Their responses1,2 exposed serious violations of the Canadian Code of Practice for the Care and Handling of Dairy Cattle and significant animal welfare breaches, specifically in relation to the frequency of animals left to suffer and die unassisted and the use of an inhumane euthanasia method: blunt force trauma.

Key findings of the survey:

As ineffective as it is grizzly, blunt force trauma is deemed an unacceptable form of euthanasia in the Canadian Code of Practice. While it’s tempting to view the survey findings as unrepresentative, given that the calf mortality questions had the lowest response rate of all questions in the survey (probably due to socially desirable responding), it’s likely the true percentage of dairy producers practicing blunt force trauma is actually much higher.

The abandonment of sick and dying animals on Canadian farms has been regularly documented by animal welfare investigators, but isn’t a strictly Canadian animal welfare issue. The high rate of abandonment revealed by this survey is consistent with mortality studies worldwide. For example, the authors of this survey note that three other studies3,4,5 found high rates of mortality which the authors conclude “may be indicative of poor animal welfare on the farm”. The authors continue: “Given the high proportion of unassisted mortality, these findings also suggest that many animals may have compromised welfare before death that could have been addressed earlier.” In fact, a fourth study6 found that 90% of deaths of female calves and 60% of deaths of adult cows were unassisted.

Dairy producers hide behind glossy images of healthy cows on pasture but the truth is very far from this bucolic image. Bludgeoning the heads of just-born calves, leaving sick animals to suffer and die, and allowing the market value of a sentient being to dictate the level of care he or she receives is a much more accurate reflection of dairy producer’s practices.