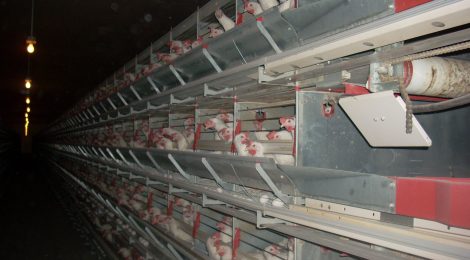 cetfa / June 9, 2020 / Comments Off on CETFA’s Submission to the Standing Committee on Ontario Ag-Gag Bill 156 / Arguing against cruelty, CETFA's work

I am writing as Canadians for Ethical Treatment of Farmed Animals’ (CETFA)’s Scientific Advisor to register our organization’s opposition to Bill 156.

Farmed animals are sentient beings with complex emotional lives and the capacity to suffer both physically and psychologically, as demonstrated by a growing number of scientific studies. For example, in dairy farming, both cows and calves are emotionally affected by the quick separation of the animals after birth that has become routine practice in the industry. University of British Columbia researcher Dan Weary found that calves affected by the emotional pain of separation from their mother may demonstrate a negative cognitive bias similar to pessimism, and “will engage in repetitive crying”. In another study, Weary found that calves separated from their mother and subsequently kept in individual confinement exhibited anxiety and presented cognitive deficits.

In 2012, a group of neuroscientists signed the Cambridge Declaration on Consciousness, which unequivocally asserted that humans are not unique in possessing consciousness and that non-human animals, including all mammals (like pigs and cows) and birds (like chickens and turkeys), possess consciousness and self-awareness. The Cambridge Declaration of Consciousness called for society at-large to re-examine its treatment of animals and take steps to protect animals from cruelty and abuse. Yet nothing changed in Canadian animal agriculture.

We at CETFA know this because we’ve been conducting investigations on farms, in slaughterhouses and on animal transport for 30 years. Year after year, we have witnessed egregious and systemic abuse of animals in every imaginable way, from inhumane ‘housing’ conditions (intensive confinement in cages or crates, or tethering) to mutilations (under the guise of “processing”) to practices used to work around existing regulations (for instance, “boar-bashing”, which is the practice of deliberately breaking a boar’s snout in order to load multiple boars together on a transport trailer in an attempt to circumvent regulations requiring that they be separated).

Inspectors have witnessed workers throwing live chicks into incinerators; seen the results of bungled “euthanasia” methods involving the use of modified bolt cutters intended to break the necks of turkeys instead slowly strangling them; workers spraying paint into the snouts of gilts who were “too friendly” and followed them around like puppies; and a veal farm owner pushing the face of a sick calf into his milk bowl until he nearly drowned.

The mistreatment doesn’t just affect the animals. Workers too are tasked with dangerous work and left without personal safety protection or forced to reuse filthy gloves and masks meant to be disposed of after each use.

Most of these inhumane practices would not have come to light if not for our investigations or whistleblowers from within the facilities because of the way Canada’s animal “protection” laws are designed (requiring a complaint to even initiate an inspection). But perhaps the intention behind Bill 156 is exactly that: to conceal cases of cruelty and wrongdoing. If, as the public is regularly assured, findings from investigations into animal agriculture industries are just the case of a few rotten apples, then why the need for such aggressive, across-the-board legislation to silence whistleblowers, investigative journalists and animal advocates alike? What this bill will manage to do if passed is show the Canadian public what we’ve been saying for years – that animal agriculture has a lot to hide, and it is willing to infringe on free speech to conceal the cruelty and abuse it inflicts on farmed animals.

In a time when those in animal agriculture talk about maintaining “social license”, Bill 156 does exactly the opposite. Canadians are calling for more transparency and a greater understanding of where their food comes from. Bill 156 erodes public confidence and will have exactly the opposite effect of its intended goal.