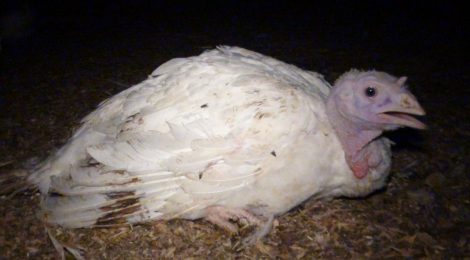 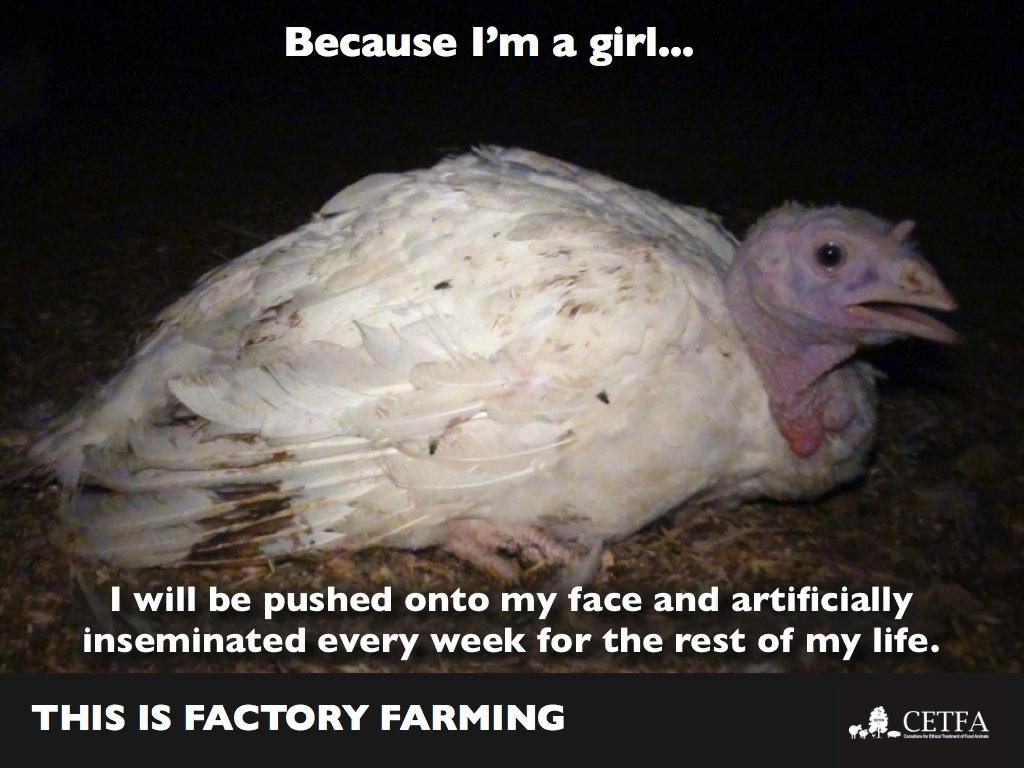 A new meme-based CETFA campaign is helping educate Canadians on the abuses inflicted upon farmed animals based on their sex in today’s factory farms. Each meme shares a disturbing procedure, mutilation, confinement or killing method used simply because the animal was born as either a male or female.

Readers learn that female turkeys are pushed onto their faces and artificially inseminated every week for their entire lives, that male chicks born into the egg industry are ground up alive, and that male piglets have their testicles ripped out without any painkillers.

Each meme represents the greater issue of a system based on the exploitation of animals as products and production units, used for their ability to exist and reproduce in even the most horrific of conditions.

The compelling memes have gone viral, motivating some to refine or reduce their consumption of animal products, and others to move away from it entirely.

Change begins with education. Only when cruelty is understood can it be addressed.