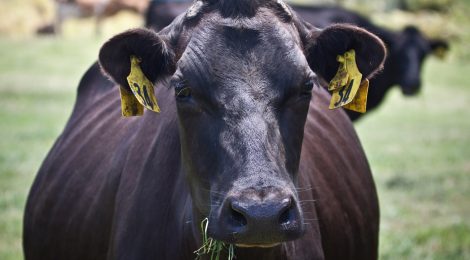 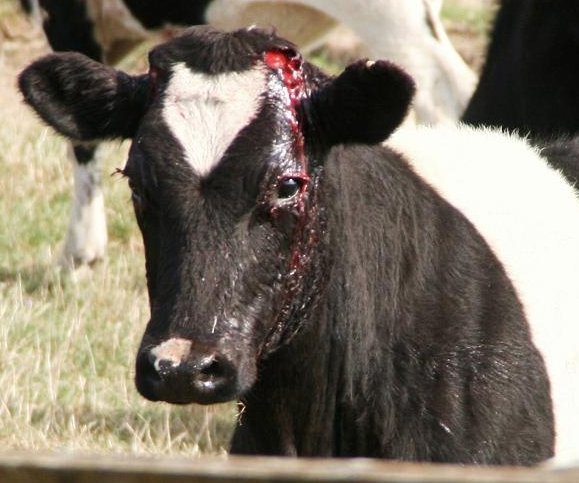 Researchers from Kansas State University recently published a study comparing the pain levels of cattle dehorning methods. Forty horned calves being raised for beef were divided into four groups of 10. One group served as the control and experienced no dehorning; a second had their horn tips removed; a third was mechanically dehorned with a keystone dehorner which involved scooping out over 1 cm of horn bud and skin (and burning the wound closed); and the fourth group was dehorned using a high tension elastic band snapped onto the base of the horn. The animals’ behaviour was observed daily for four weeks for stress responses such as vocalization, changes in gait and posture, decrease in appetite, and increased lying and depression.

The procedure of tipping appeared stressful but as nerves were not severed, did not cause the calves to cry out. Animals in the other two treatments vocalization extensively, albeit at different times. Mechanically dehorned cattle “had the most extended vocalization, indicating the greatest discomfort during the procedure,” while banded cattle vocalized continually in the days following the trauma of band placement.

Cattle dehorned with bands were more likely to lie in positions indicative of pain and stood and moved abnormally (in a hunched posture and with their heads tilted). The banded cattle expressed these pain-indicative behaviours for the entire four week trial, “indicating a greater and more sustained discomfort post-procedure.” On top of being painful, the banding was ineffective as 13 of the 20 horns were still attached by the end of the trial.

The study concluded: “[mechanical dehorning] is a painful procedure for cattle at the time of the procedure” and “[b]anding to remove horns from cattle is not recommended.”

Any form of amputation is intensely painful and results in either acute or prolonged suffering. As of January 2016, Canadian cattle producers will be required to use pain control when dehorning calves older than four months of age. While this pain control will provide some relief, we must question whether practices that cause such clear suffering should be allowed at all.