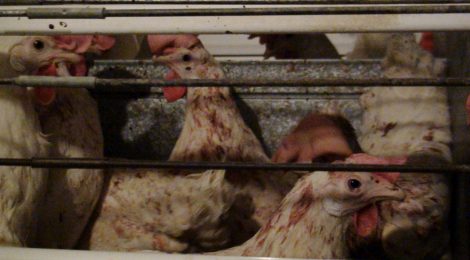 Those of you who have followed CETFA over the years will remember the many investigations into intensive farming methods that were released by Twyla Francois, then Head of Investigations. These included a year-long investigation into the lives of 22,500 egg-laying hens in one Canadian barn, which also exposed the cruel catching and transport to slaughter of the hens (see our website www.getcrackingcruelty.ca in English, or www.getcrackingcruelty.ca/francais in French).

This time, under her new position of Director of Investigations at Mercy For Animals Canada (MFA Canada),  Twyla takes us even deeper  into the egg industry with a new groundbreaking undercover investigation which will be aired on national television this Saturday —exposing millions of Canadians to the horrific abuse animals endure in our country’s factory farms.

We invite you to tune in on Saturday, October 19 at 7 p.m. to watch CTV’s nationally renowned “W5” investigative program.

Please also help us spread the word about the “W5” episode on Facebook and Twitter and encourage your friends and family to watch as well.

With the majority of eggs produced and sold in Canada coming from factory farms such as the one documented by MFA Canada, it is important to help raise awareness to move away from these inhumane production systems. 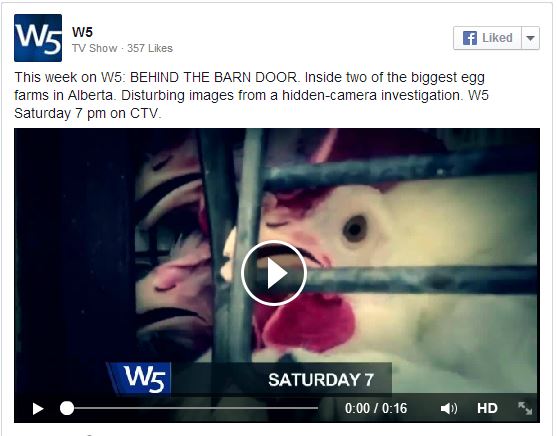