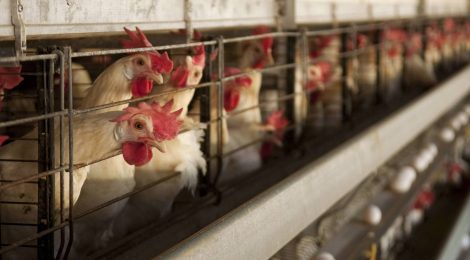 In reaction to the increased public awareness of the harm agriculture inflicts on animals and consumers’ decreased support of it, a number of provinces have proposed or adopted ag-gag legislation to block access to farm facilities in an attempt to conceal animal suffering and neglect.

Ontario, Alberta and PEI have already passed such legislation; it’s well on its way to being passed in Manitoba, and Quebec is considering it. Federally, a private members bill has already passed second reading and is now scheduled for discussion by the House of Commons Agriculture Committee.

Interestingly though, it seems ag-gag legislation may have the opposite effect to that intended. A 2014 survey conducted by animal agriculture researchers Marina von Keyserlingk and Dan Weary of the University of British Columbia, found that awareness of ag-gag legislation was low, but that when study participants were told about it, they were less likely to see farmers as trustworthy sources of information, more likely to support the introduction of new animal welfare laws and more likely to believe on-farm animal welfare was poor. The drop in trust did not vary by political affiliation, place of residence (rural vs. urban) or diet (omnivore vs. vegetarian). It seems ag-gag legislation in fact lends support to the view that farmers have something to hide. Additionally, although there was no language in the survey about the environmental impact of animal agriculture, knowledge of ag-gag legislation also affected how participants viewed this subject with more participants feeling that producers don’t do a very good job of protecting the environment.

It is our hope that ag-gag laws in Canada will be struck down as unconstitutional just as they have been in the U.S., but in the meantime, industry is doing itself more harm than good by pressing governments to pass such legislation.

Tags: ag-gag, legislation, public trust, trust
← “What We Heard” Exactly What They Wanted to Hear: Manitoba’s Ag-Gag Survey
Fetal Hearts and Lung Foam: How the Pharmaceutical Industry is Connected to Industrial Animal Slaughter in Canada →