Browse: Home   /   Fetal Hearts and Lung Foam: How the Pharmaceutical Industry is Connected to Industrial Animal Slaughter in Canada 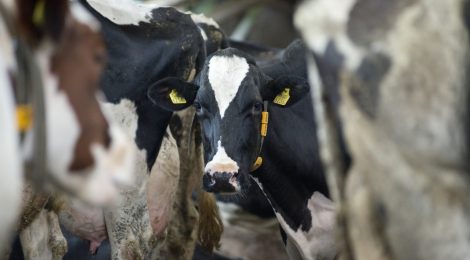 Fetal Hearts and Lung Foam: How the Pharmaceutical Industry is Connected to Industrial Animal Slaughter in Canada

cetfa / April 23, 2021 / Comments Off on Fetal Hearts and Lung Foam: How the Pharmaceutical Industry is Connected to Industrial Animal Slaughter in Canada / Scientific News

You have likely heard about fetal bovine serum but you probably have not heard about bovine lipid extract surfactant, which is being “harvested” from animals in our own backyard.

Both fetal bovine serum (FBS) and bovine lipid extract surfactant (BLES) are collected from animals during the slaughter process in industrial slaughterhouses.

Fetal bovine serum, as the name implies, is from fetal calves. Since animal advocacy organizations exposed the practice, it has been widely criticized for causing significant animal suffering.

To extract the serum, calves are cut from pregnant cows during the slaughter process. Without any form of anesthesia, a calf’s heart is punctured with a long needle and serum is withdrawn. The calf is then stabbed in the jugular and left to bleed out.

Details on exactly how bovine lipid extract surfactant is collected are less clear. Information is provided in just two PR media pieces, which outline the process as follows:

“At around 6:10, the first cows had been dispatched and were starting to come by, head down. The team was ready. One of them used a knife to poke into the trachea and make a vertical slit of about six or seven inches. Then came the hardest part: The next person had to push a tube up into the opening. It was a tight fit. “It feels like trying to put your foot in a shoe that’s two sizes too small,” Taylor said.

Doing it properly meant hooking two of the fingers on your left hand into the squishy bottom of the slit to get some purchase on the thing, and then maneuvering the tube with your right. There was a clamping mechanism to hold it in place, and then the extraction itself would begin, with 20 liters of salt water whooshing up into the lungs.

The water came flowing back down looking much as it had seconds before. The main difference was a head of foam floating on top, a few inches high. That was the stuff they were after …They had about 28 seconds for each cow, which didn’t leave much time to think.” 1

While it is unclear at exactly what point in the slaughter process collection is taking place, it is most likely just after the cow has been “knocked” (ie. hit with a captive bolt pistol to render the animal insensible). We suspect this most highly because if it was done post-stabbing, the cow would be actively bleeding, which would contaminate the collection.

If this is indeed the case, the problem with doing the collection after knocking but before bleeding is that the industry allows a 5% failure-to-stun rate, and from our own investigations we know actual failure rates are much higher. This means that at least some of the cows are still conscious during the procedure and must feel the cutting of the knife, stabbing and burning of the tube being inserted and have the sensation of drowning when salt water is pushed into their lungs.

Fetal bovine serum can be collected at any slaughterhouse that kills cull cows (ie. St. Helen’s Meat Packers and Tru Harvest, both in Toronto, Ontario, and BC Beef Producers in Westwold, B.C.).

Bovine lipid extract surfactant is used to treat premature infants with respiratory distress and is being researched for use with COVID-19 patients with compromised respiratory systems.