In the field, our inspectors frequently see dairy cows who are heavily lactating and have not been milked before being brought to auction. These animals will often not be milked until much later if sold to another farm (in the case of breeder sales), or not at all, if their final destination is the slaughterhouse (in the case of cull cows). Because cull cows spend, on average, three weeks in transport from farm of origin to slaughterhouse, and because Canada, unlike Europe, has no regulations dictating how frequently a cow in transport must be milked, these cows frequently go un-milked for long periods of time.

Heavily lactating cows are in fact specifically brought un-milked to breeding animal auctions as large udders are sought by buyers as a sign of highly productive animals. The absence of milking results in an accumulation of milk in the udder, which is painful to the animals. As milk build-up continues, the udder becomes subjected to increasing pressure.   This pressure can become so great that milk leaks from the udder. The condition is extremely painful and leaves the cow vulnerable to infection as the teat, open to allow milk to flow out, also allows bacteria in.  Conditions routinely present in auctions with floors slick with waste, increase the risk of mastitis – a painful infection and inflammation of the udder.  Yet, no regulations exist requiring auctions – even though specializing in cull cows – to provide milking stations or workers to milk the cows.  As a result, lactating cows are left to suffer. 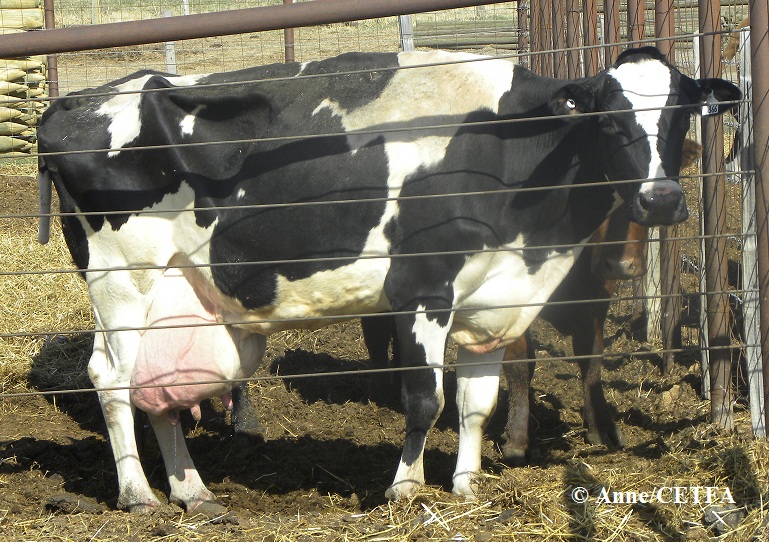