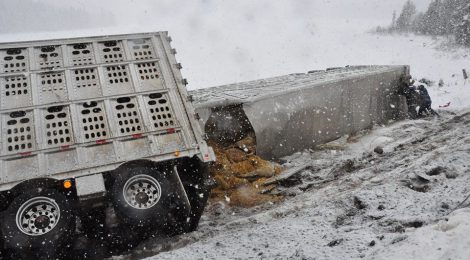 It is not yet known how many animals died as a result of the accident. Observers noted watching “as cattle came through the roof of the truck, some wandering on the road, some dying, some dead.” The eyewitness went on to describe the chaos and failure to immediately attend to the suffering animals: “No one knew how to handle the cattle. Not the drivers, nor the police or firemen. They kept the doors of the truck closed as the cattle inside called out in pain.”

In Canada, livestock drivers are not required to have any animal handling training or even know the regulations they are supposed to be observing.

While Canada’s agriculture ministry has been promising to update the regulations for years, it has continued to fail to do so. Tell Agriculture Minister Gerry Ritz that this inaction will not be tolerated. Sign the petition here. 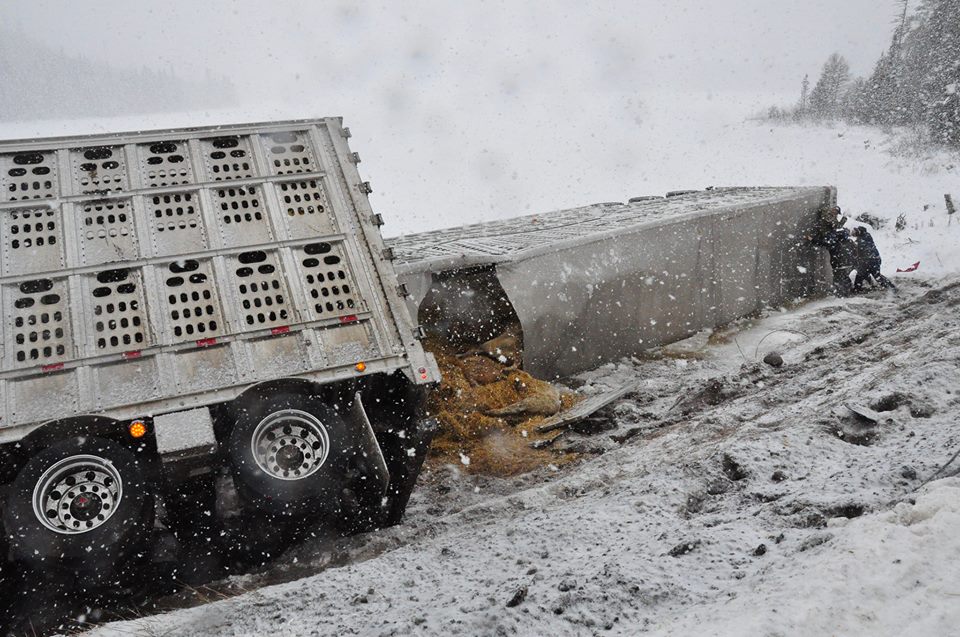 Transport trucks involved in a crash on Highway 17 near White River, in Ontario. (Margot Freitag/Facebook)