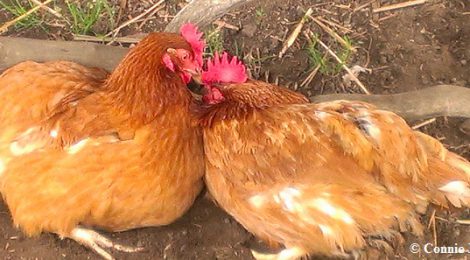 In 2011, CETFA investigators visited Kawartha livestock auction, in Ontario. They noticed that several ex-battery caged hens brought for sale suffered from upper respiratory infection and had difficulty breathing (for a full report of the findings made during the auction visit, click here). Realizing that the birds needed immediate attention, CETFA investigators secured the release of the animals, and brought them to a veterinary clinic.

Two of these birds, later named Tillie and Dana, were particularly sick and needed special care: multiple shots of LS100 antibiotic delivered through painful chest injections, which their adoptive mother, Connie Rodgers, carefully and diligently administered. As Connie reminded us recently, those injections were particularly painful because the hens had no fat on them to inject into, making it very hard not to scrape into their breastbone.

In addition to suffering from a respiratory infection, Dana was also in considerable pain when walking: one of her toes had been trapped under the cage she was confined in when cages had been stacked on top of each others by the producer for transport, and as a result one of her toes was amputated.

Yet, after a long quarantine and some recovery time, Tillie and Dana were able to join Connie’s seven other hens.

A few days ago, Connie sent us pictures of healthy and happy Tillie and Dana, enjoying the garden on one of Ontario’s first sunny, warm spring days. Dana fancies running and scratching with the other hens, while Tillie is very adventurous, outgoing and involved in everything that is going on in the human world – both appreciating the new life they have been given.

Dana and Tillie dustbathing together. 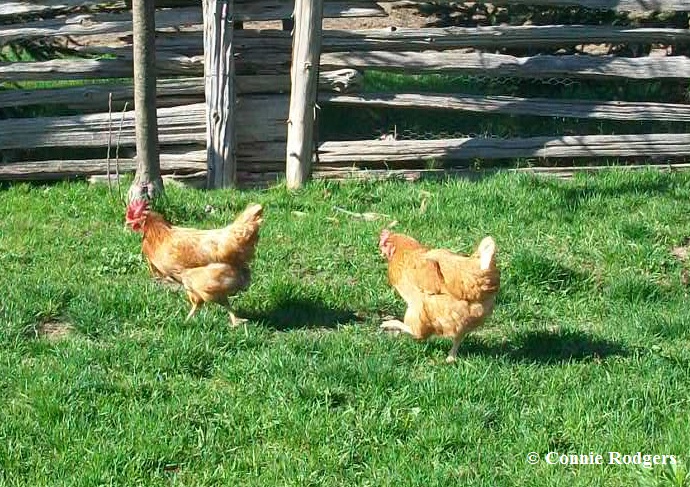 Tillie and Dana trucking around in the yard together. 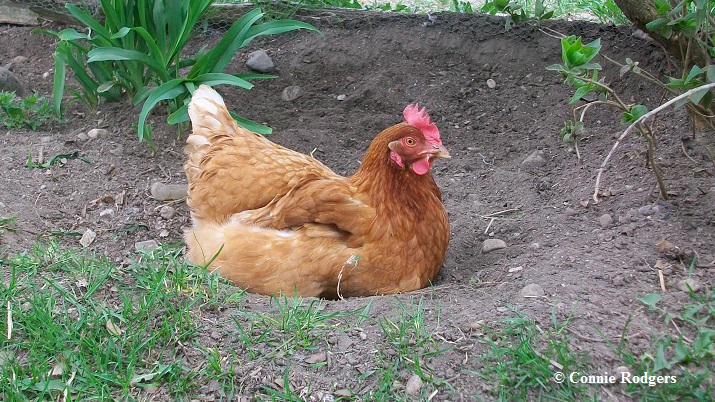 Dana enjoying the outdoors after being confined in a battery cage. 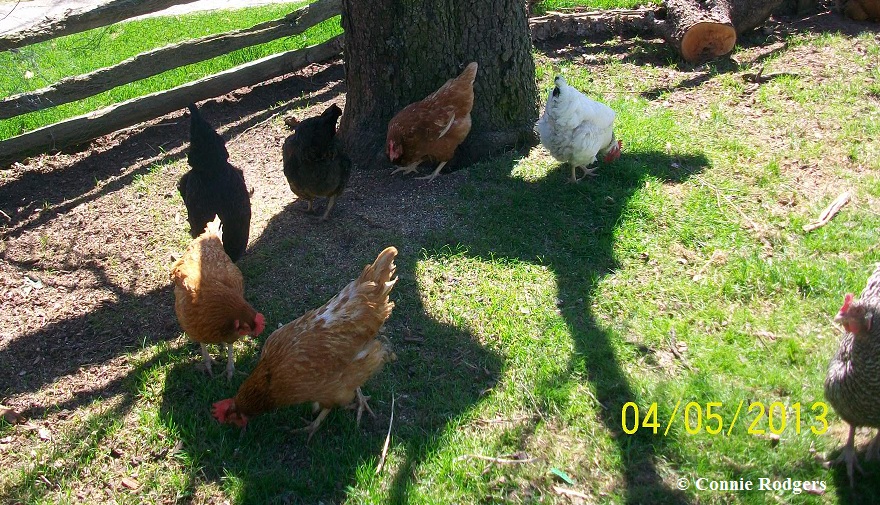