Browse: Home   /   Review of the updated code of care for cattle

Review of the updated code of care for cattle

cetfa / September 10, 2013 / Comments Off on Review of the updated code of care for cattle / Breaking news, CETFA's work
The updated Canadian Code of Practice for the Care and Handling of Beef Cattle has just been released. Below is a overview of the major points covered by the code, as well as its shortfalls.
Animal Environment
While the code stipulates that cattle must have access to “areas, either natural or man-made, that provide relief from weather that is likely to create a serious risk to their welfare”, it only recommends bedding be used during extreme cold to insulate against bare ground and reduce mud and manure build-up on hides.
Regarding the conditions in which animals are kept, the code implicitly condones sustained indoor confinement of cattle as well as the tethering of animals, and only recommends daily exercise for tethered animals. Further, the ability to stand up and lie down unimpeded while tethered is only recommended.
Feed and Water
The code requires that animals “have access to feed of adequate quality and quantity to fulfill their nutritional needs at all times”, and that “prompt corrective action” be taken to improve body condition score of cattle with a score of 2 or less.
While the code requires that “cattle have access to palatable water of adequate quality and quantity to fulfill their physiological needs”, it does not mandate the provision of water at all times, and snow alone is allowed during winter as a water source under restricted conditions. Given the importance of water to all animals, the need for producers to regularly monitor snow conditions to determine whether snow quality is adequate to meet the animals’ physiological requirements, the skills required to do so, and the fact that snow quality can quickly change, relying only on snow is too unpredictable and water should never be withdrawn in favor of snow solely.
Stray Voltage
While stray voltage is a common problem on farms, the code only recommends producers be “aware” of the signs of it, and does not require producers to take proactive steps in preventing the problem, nor to take action to remedy to the problem if and when it occurs.
Animal Health
This section of the code requires that producers “monitor cattle health on an ongoing basis”; that sick, injured or lame cattle “be provided with appropriate care, convalescence or treatment without delay”; and provide “mandatory euthanasia of sick and injured animals that are not fit for transport and unlikely to recover”. However, it also allows animals “unlikely to recover”, who “fail to respond to treatment and convalescent protocols”, who “have chronic, severe, or debilitating pain and distress”, who “are unable to get to or consume feed and water”, or who “show continuous weight loss or emaciation”, to be culled, whenever this does not contravene animal transport regulations.
Health problems linked to feeding animals a high-grain diet are addressed in this section. However, rather than prohibiting such an unnatural diet, which is known to be responsible for painful digestive disorders, or strictly limiting its proportion in an overall diet that includes a large proportion of forage, the requirements only stipulate that producers “design, implement, evaluate and adjust” their feeding program to “reduce the risk of nutrition-induced disorders”, and to “transition cattle from high-forage to high-energy rations gradually”. Given the severity of health issues associated with high-grain diets (acidosis, liver abscesses, laminitis), the requirements are clearly not strong enough.
Animal Husbandry

Handling and moving cattle
The code condemns various acts CETFA inspectors have witnessed over the years, such as “beating an animal”, “slamming gates on animals” and “dragging or pushing cattle with machinery”. However, it continues to authorize the use of electric prods, although in a restricted manner. A strong, truly animal-welfare oriented code would have banned their use.

Reproduction and calving management
The code allows caesarean sections, and spaying of heifers, to be performed by “qualified trained personnel” when only a veterinarian should be able to perform such invasive procedures. It also only requires producers “consult” a veterinarian “on pain control” when spaying heifers.
Identification

Branding, a painful procedure, is not prohibited by the code, which also only recommends that producers “consult” veterinarians “for advice on the availability and feasibility of controlling pain associated with branding”.

Mutilations
Although tail docking is rarely used in cattle production operations, the code does prohibit the procedure (unless it is done on the advice of a veterinarian).
However, while many varieties of polled beef cattle exist (i.e. animals who do not grow horns), there are no requirements for producers to use polled cattle, thus implicitly condoning the painful practices of debudding and/or dehorning. The new code does mandate the use of pain control, but only for dehorning calves over two months of age, and this does not come into effect until 2016. Producers are only required to “seek guidance” from their veterinarian on “availability and advisability” of pain control for disbudding.
Castrating calves is still allowed by the new code. The code does require the use of pain control, but only after 2016 for calves over 9 months of age, or 2018 for calves over 6 months of age, and does not require pain control for younger animals.
The code also fails to explicitly require that pain control include both anesthetic and analgesic.
Weaning
In spite of the distress weaning causes calves, the use of a two-stage weaning procedure – which is known to cause less stress on the animals – is only recommended by the code, not required.
Transportation
This section primarily reminds producers of the Health of Animals Act, the federal regulations governing transport of farm animals. The code does require that cattle producers and transporters “ immediately report instances of inhumane handling to proper authorities” but this requirement is unlikely to be fulfilled by either parties.
On-farm euthanasia
The code lists “acceptable” methods of euthanasia of farmed animals. Unfortunately, while these methods may, in theory, ensure immediate loss of consciousness and death, in practice, their application is far less reliable (as documented by undercover investigations such as the recent pig investigation conducted by Mercy For Animals Canada) and they may cause animals to suffer.
Synthesis / Conclusion
While some of the new code requirements are an improvement over the 1991 code of care, the code continues to have many shortfalls which indicate it caters more to producers and their current practices than to the well-being of the animals it is supposed to protect.
As for its application, while producers will be expected by industry to follow the new code, and while it may be used to determine what constitutes “reasonable and generally accepted practices” in animal cruelty investigations, it is important to remember that no independent assessment body exists to inspect and enforce the code.  As such, this new code may be understood more as a public relations exercise to appease a public increasingly concerned for animal welfare than to make a meaningful difference in the way animals are raised for human consumption. 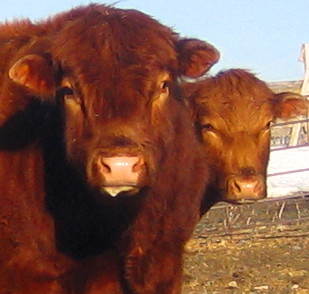