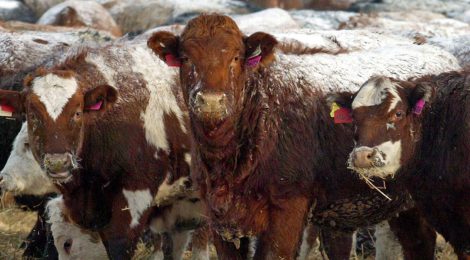 Every few years, a National Beef Quality Audit is conducted to examine the quality of the nation’s beef and compare it with previous years. The audit covers 75 per cent of Canadian cattle slaughter, and for the most recent audit included three visits to slaughterhouses in fall and winter 2016 and spring 2017. As in all previous years, the statistics reveal a variety of “quality defects” providing a glimpse into the handling, health and welfare of Canadian cattle.

Four findings of the audit are particularly alarming with three of the four showing increases over the previous audits:

The National Beef Quality Audit takes great pains to outline the costs of these defects to the beef industry – seemingly the only reason why they are a concern at all, yet profit gains from current animal handling and rearing practices continue to outweigh the losses. As always, the industry’s focus is on its own bottom line, with little to no regard for the suffering of the animals themselves.