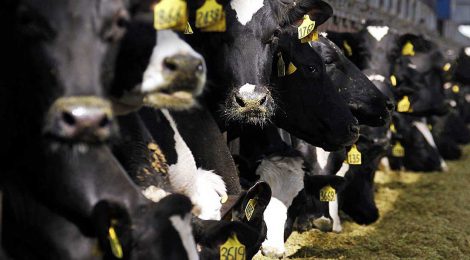 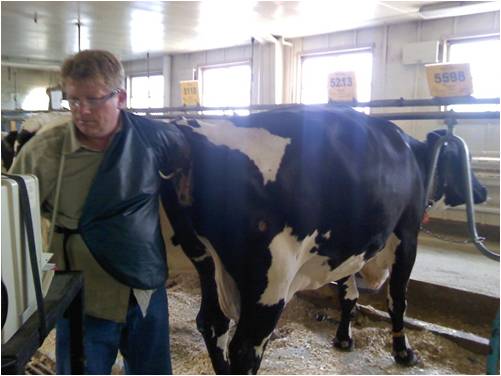 In a recent Canadian Cattleman article titled “Preg testing cows is easier than it used to be”, one is left asking “easier for whom?” From the opening line, you know it’s sadly not the cows: “Most beef producers routinely pregnancy test cows after breeding season, to determine which ones to keep and which ones to sell (to slaughter). It’s a major cost to feed open cows (those who have not gotten pregnant) through winter.”

The article outlines three methods of pregnancy testing in cows: blood tests, and the rather non-invasive-sounding (though not) palpation and ultrasound. Both palpation and ultrasound involve producers jamming either their arms or a long piece of equipment into the cow’s rectum and palpating her uterus. The article praises the “extension-arm ultrasound” devised by Dr. Andrew Bronson and Bruce Hill, which they call “Repro-Scan”.  According to Dr. Bronson: “When we started our company, there were no beef ultrasound units available with the convex rectal probe. We created one and put it into a portable case.” A veterinarian who commodifies living animals into meat is concerning, but Dr. Bronson does have sympathy – just apparently not for the animals he treats: “Palpation and arm-in ultrasound put a lot of wear and tear on veterinarians who do a lot of this.” Dr. Andrew and Mr. Hill credit their device for allowing them to “preg-check” more than 150,000 heifers in 2 1/2 years. Alternatively, producers can have a cow’s blood tested. As Bruce Hill states: “The rancher can bleed the cows, using red-top tubes, then label and mail those tubes to us, by Purolator or Canada Post (producers have special reduced rates with Purolator)…We can send instructions on how to tail bleed cows if they’ve never done it before, and there are videos on the BioTracking website on how to bleed cows.” 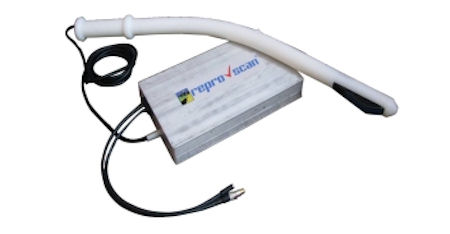 Reading articles intended for the animal agriculture community quickly make it apparent that animal welfare is low on their priority list.