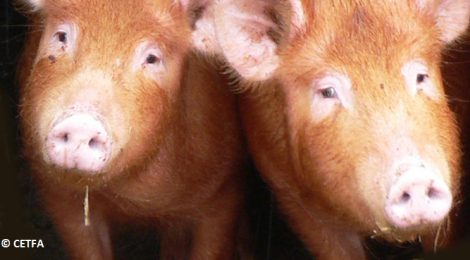 A new CETFA investigation reveals the truth about Ontario’s pig industry.  In 2011 and 2012, CETFA investigators returned to the same Ontario pig barn for 7 months and documented a shocking pattern of cruelty and neglect.

The findings of CETFA’s newest investigation are consistent with those documented at pig farms across Canada in recent years – illustrating that animal abuse and neglect are the pork industry norm, not the exception.

As consumers, we can choose compassion over cruelty at every meal. Adopting a compassionate, meat-free diet is the most powerful action we can take to put an end to needless animal suffering and the conditions documented during this investigation.