Browse: Home   /   Take Welfare Claims With a Grain of Salt 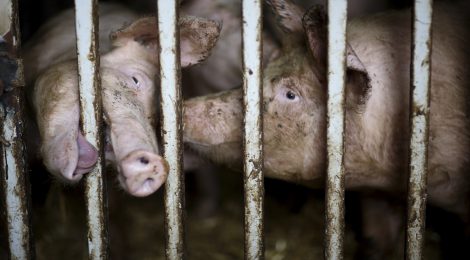 Take Welfare Claims With a Grain of Salt

What does “enrichment” for pigs mean to you? You probably have visions of pigs playing with toys or other objects, or perhaps being provided straw to burrow in and chew. To pig producers though, it means something very different. According to Yolande Seddon, researcher at the Prairie Swine Centre in Saskatchewan, enrichment requirements as outlined in the industry’s new code of practice can be met by simply allowing pigs to smell other pigs or feeding them in a variable form.

Consumers tend to overestimate welfare claims, likely because we want to believe them but also because of slick industry advertising campaigns showing happy, active animals. When broken down into what they mean in practice though, such welfare claims often prove meaningless to the animals themselves.

Consumers wishing to make ethical decisions about their eating habits must think critically and take all welfare claims with a grain of salt.