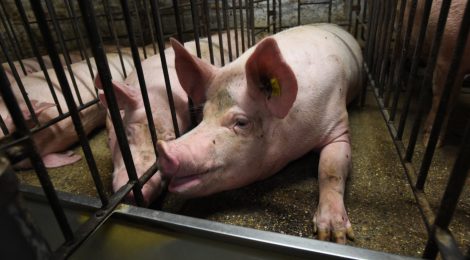 The dates of the public hearings for Manitobans to provide their comments and concerns on Bill 24 have been a cause for great confusion — which is likely just how this conservative government wants it.

The hearing dates were never published online. To learn them, citizens had to call the clerk’s office in the provincial legislative building, but even this information was only known because it was circulated by activists on social networking sites. Those who called were told that the hearings would be held Wednesday, October 25th and Thursday, October 26th, but at the last minute, the dates were pushed ahead to Monday, October 23 and Tuesday, October 24th. Perhaps unsurprisingly, the hearings were packed with pig producers who somehow seemed to know the rescheduled dates ahead of regular citizens.

The bill itself is an omnibus bill, seeking to amend or repeal a whopping 15 pieces of legislation, and has been criticized by the Manitoba Federation of Labour for its lack of transparency to taxpayers.

For animal advocates, the bill means a relaxing of environmental regulations effectively lifting the moratorium on the building of new pig barns in the province. Manitoba Pork has expressed its desire to build another 80 barns, sentencing 1.3 million more sentient and sensitive beings to horrific lives.

The legislative changes being proposed in Bill 24 do not represent the interests of the majority of Manitobans and certainly do not justify the miserable lives and deaths of millions of animals.

Please take a minute to email publicregistry@gov.mb.ca and ask that they not pass this bill.

For more information on Bill 24, read Manitoba’s Pigs And People Will Pay If The Province Relaxes Regulations.